Student of the Month

Student of The Month is a long-time tradition with the Morrisons Cove Rotary Club when it recognizes one senior student from Central High School, Northern Bedford High School, and Williamsburg High School each month during September through May to be named a Student of The Month for their school. They are nominated and selected by their schools for various accomplishments.
Honorees, along with their families and club members, celebrate each May at one of the club’s weekly meetings with a special breakfast where each student receives a certificate and medallion. The club has fundraisers throughout the year to support the program.

Rotary Youth Exchange has been providing intercultural exchange opportunities for secondary school students ages 15-19 since the 1920s. Students become cultural ambassadors for up to a full academic year, and the host families can help build peace and international understanding, serving one of Rotary’s six areas of focus.

Morrisons Cove Rotary Club supports both Inbound and Outbound Youth Exchange Students. The experience has been very rewarding for Club members, the Club’s host families, and the students.

The Club’s Youth Committee works with the student, their new school and host family to make their transition and stay comfortable. Club members volunteer to take Inbound Students on excursions, engage the student in community activities and tour community businesses and points of interest. Inbound and Outbound Students are encouraged to become involved in Morrison Cove Rotary Club activities and service projects, including attending the Club’s weekly meetings. 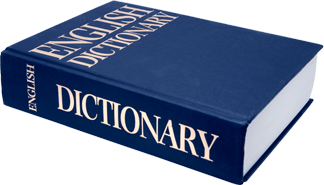 For many of these students, it is their first dictionary and they keep them through their school years.

The annual Career Fair is a joint effort of the Morrisons Cove Rotary and sister Blair County Rotary Clubs held annual to introduce high school students to a large variety of career choices and opportunities. Each club provides representatives of businesses and organizations to talk with the students and share details on every aspect of their work.

Meeting location and time has been changed due to the Coronavirus. Please call or email for weekly meeting information.

From the earliest days of Rotary, Rotarians have been concerned with promoting high ethical standards in their professional lives. One of the world’s most widely printed and quoted statements of business ethics is the Four-Way Test, created in 1932 by Rotarian Herbert J. Taylor. Taylor later served as Rotary International’s president, when he was asked to take charge of a company that was facing bankruptcy. This 24-word test for employees to use making decisions in their businesses and professional lives became the guide for sales, production, advertising, and all relations with suppliers and customers. The survival of the company is credited to this simple philosophy.

Adopted by Rotary in 1943, the Four-Way Test has been translated into more than a hundred languages and published in thousands of ways.
It asks the following four questions:

Four-Way Test
Of the things we think, say or do:

Is it the TRUTH?

Is it FAIR to all concerned?

Will it build GOODWILL & BETTER FRIENDSHIPS?

Will it be BENEFICIAL to all concerned?

The purpose of the Four-Way Test Speech Contest is to foster the principles of ethics in everyday life as well as in business. The contest introduces high school students to Rotary by creating interest through a competitive speech contest, sponsored by their local Rotary Club.Public, private, and home-schooled high school students in grades 9 through 12 are eligible to enter the contest. Levels of competition and awards are offered on a local or club, regional, and district basis.

The specific goals of the contest are: 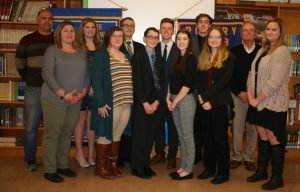 The purpose of the annual Four-Way Test Speech Contest is to foster the principles of ethics in everyday life as well as in business and introduces high school students to Rotary. Each student is asked to write and present a speech in length of no less than five minutes and no more than seven minutes. They select the topic of their speech, but should incorporate Rotary’s Four-Way Test “Of the things we think, say or do: Is it the truth? Is it fair to all concerned? Will it build goodwill and better friendships? Will it be beneficial to all concerned?

Chrissy Dively, President of the Morrisons Cove Rotary Club, congratulated all the contestants for presentations. “We are proud of all of the students who participated in the Four-Way Speech Contest,” commented Dively. “The poise and substance of the speeches were impressive.” She encouraged the students to continue with their public speaking, sharing that it will serve them well in whatever career path they choose.

How can I participate in Interact?

To find an Interact club in your area, contact your local Rotary club.

Rotary Youth Leadership Awards (RYLA) is a leadership development program run by Rotary. While participants can be any age, most events focus on secondary school students, university students, or young professionals. RYLA events are typically 3–10 days long and include presentations, activities, and workshops that cover a variety of topics, including:

HOW CAN I PARTICIPATE IN RYLA?

Follow RYLA on Facebook to learn about inspirational events happening around the globe. RYLA participants are nominated by their local Rotary clubs. To learn more about a RYLA event in your area, contact your local Rotary club.